FPOG is an indica dominant hybrid (55% indica/45% sativa) created by breeders at the infamous Alien Genetics cannabis farms. This dank bud is a cross between the hugely popular Green Ribbon X Granddaddy Purple X Tahoe OG X Alien Kush strains and boasts a moderate THC level that ranges from 18-21% on average. FPOG first gained popularity in SoCal in 2006 when it was first introduced and since then has become one of the most popular strains on the market. Users describe the FPOG high as one that starts as a soft strong body buzz that is mind-relieving and spacey followed by a mild couch-lock.

There are no reviews yet.

Sign up to get monthly COUPON CODES and DEALS! 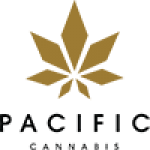 Pacific Cannabis is a proud online dispensary in Canada where you can order high quality weed online in a convenient and affordable manner. Order weed online through us for an unmatched experience!